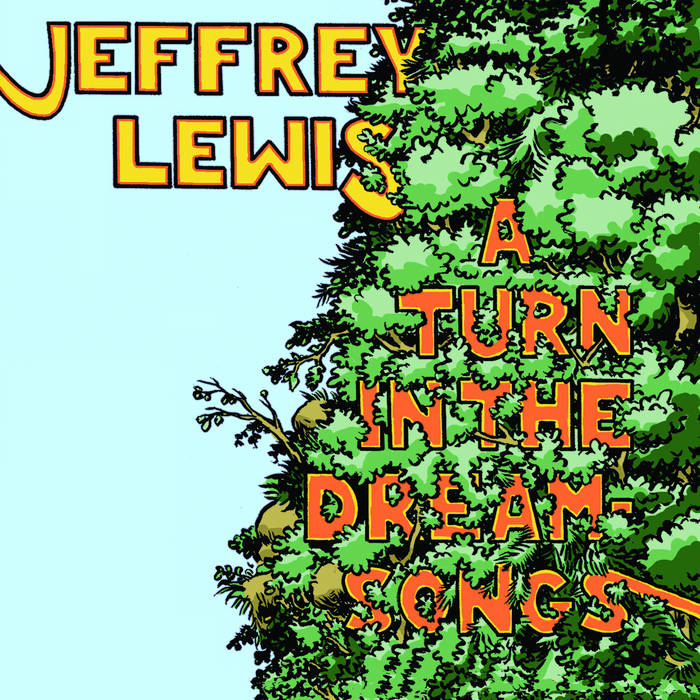 “If all is fair in life, then Jeffrey Lewis will one day be Poet Laureate of New York City. […] If his cult standing is inescapable, at least to the select few who treasure Lewis’ every bon mot he will forever be a voice of truth and comfort.” – Popmatters

“As usual, though still impressively, these songs rarely, if ever, come across as bitter or overly self-pitying; Lewis hasn’t lost his knack for balancing depressed and depressing subject matter with insightfulness, sincerity, levity, and charm […] …imaginative, contemplative, densely wordy, slightly silly but unflinchingly earnest… the album still ranks right up there among his best.” – All Music (4 of 5 stars)

“Despite this record not displaying Lewis’ greatest lyrical accomplishments, it’s still packed with sharp one-liners and a determination to almost water down his brilliance with comedy. He’s proven time and again that he is quite possibly the greatest lyricist around, and with his work you never have to look too hard to see traces of his genius and unique wit. ” – Virgin Music Review

“Modern-day renaissance man Jeffrey Lewis brings so many things to the table that any new record from him more or less automatically becomes the most full-spectrum entertainment experience in town. […He has] a songwriting style that presses so many right buttons that he immediately sounds familiar, every time. A Turn in the Dream-Songs is both classic Lewis and also his most developed work yet[…].” – Sound Fix

“A Turn in the Dream-Songs is another fine example of Lewis’ witty, thoughtful, boho worldview.” – Brooklyn Vegan

“…the New York artist breathlessly unspools literate tales of woe that ‘Flight Of The Conchords’ writers would slay for. […] a maverick in his element.” – NME

THE ROUGH TRADE PRESS RELEASE:
JEFFREY LEWIS “A TURN IN THE DREAM-SONGS”

Although it’s been two years since the last official Jeffrey Lewis album, 2009’s “‘Em Are I,” Jeffrey Lewis had a busy 2010, a year which included two side-project/collaboration albums (“The Bundles,” which was Jeffrey Lewis with Kimya [Moldy Peaches] Dawson, and “Come On Board,” which was Jeffrey Lewis with Peter [Holy Modal Rounders/Fugs] Stampfel), a tour schedule that took in some far-flung areas like Finland/Russia/Australia/New Zealand and others, festival appearances at Primavera, Latitude, Golden Plains and more, and even ten illustrated/sung historical pieces commissioned and filmed for the History Channel (some of which featured Jeffrey performing with Ernie Brooks of the Modern Lovers, and lead to Jeffrey’s Webby Award-winning piece on Sitting Bull); now Jeffrey Lewis returns in 2011 with “A Turn In The Dream-Songs,” his sixth album for Rough Trade Records. Leaving behind most of the garage-rock bursts that peppered previous albums, “A Turn In The Dream-Songs” is perhaps a sweeter record than any Jeffrey has released before, a warmth that is enhanced by the fact that the current songs were recorded (and mixed!) entirely on two-inch analogue tape at England’s Analogue Catalogue all-vintage studio (where “Pro-Tools” is a dirty word and digital edits are unknown). Jeffrey’s band on this record is a five-piece, with mandolin by Franic (Wave Pictures) Rozycki and drums/bass/cello from Johnny Flynn’s backing band the Sussex Wit (which includes Jeffrey’s long-time drummer David Beauchamp). Most of the songs were recorded live-in-studio at Analogue Catalogue’s cozy HQ in the misty hills outside of Manchester, UK, often with all five musicians captured on tape performing together in one room, although some wonderful additional assists were also provided by members of Dr. Dog, The Vaselines, Au Revoir Simone, Misty’s Big Adventure and Schwervon!, all of whom have been Jeffrey Lewis fans/touring partners in the past couple years.

This time around Jeffrey’s inimitably free-roaming lyrics and sounds take us on a trip where we may encounter everything and everyone from cosmic wishes to callow whippersnappers, Father Yod to Sylvia Plath, ways to die, ways to live, and the saddest song about green slime you’re likely to hear all year. The classy acoustic band, sounding live and loose but sonically dynamite, the vintage analogue recording/mixing process, the relentlessly high quality of the songwriting whether contemplative or freewheeling, and of course another elaborate and unique comic book packaging/artwork design by Jeffrey, all combine to make “A Turn In The Dream-Songs” the most solid and enjoyable album of Jeffrey’s now decade-long strange career.